“Life is all about risk” -- Coco Chanel

Those lines say’s it all, how Gabrielle “” Chanel was... a strong, passionate and often times’ misunderstood by people around her. Considering she came from nothing, worked all her way up risked everything even her own happiness in order to prove something not just to the people around her but to herself.

Coming from a poor family, her mother died when she was only a little girl. Her father left them in a convent to be raised by nuns. He promised that when he is already able to find a good work. he would come back for them. When she found out that his dad did not go to the but started a new family. Personally that was a start when she finally decided not to fully trust as much specially men.

“I love you. But I will only marry you if I am no longer dependent on you”. – Chanel

In the movie, lived in an era were stereotyping is as normal was wearing fur coat in winter. She was ridiculed and oftentimes humiliated but the one thing I liked about her is that she did not just sit down and pity herself for being an orphan. She walked with her chin up and prove them wrong. She dedicated her entire life to fighting the unfair norms of the era.

She fought a long, hard battle and at the end……. She won….

And knowing this, she has earned not just my admiration… but my respect


Although she lived on a very different era, one of the things that I liked about the movie is Passion and following your heart. She waged her own war… war against bigotry in her times. This inspired me as well to wage my own war, and mind you i will not accept defeat. 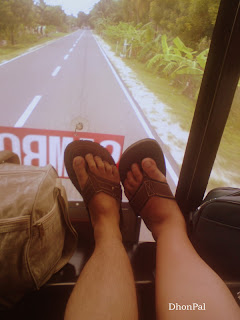 “Sometimes you just have to forget the rules, follow your heart and see where it takes you. Never apologize for saying what you feel because that’s like saying sorry for being real, Never regret anything you said or did because at some point, it was what you wanted. True strength is being able to hold it all together when everyone else is expecting you to fall apart”

Chronicles of “The Mistress”: “I will never give up!”

Chronicles of “The Mistress”: “I will never give up!”

“If things are meant to be, they will surely happen... if they are not….

Then, let’s force them to happen”

Bitter Sweet: a Dialogue in my Mind

The night before Guy2 will be married to his fiancé

..Awkward silence.. Then Guy1 with a teary eye... confronts Guy2…

Guy2: “Because, I am doing what is expected of me, what I expect from myself” 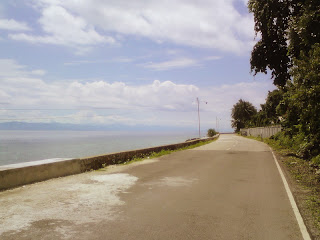 Back when we visited your parents…

Have a weekend getaway...

Back to those days when we were happy and in love…

It made me think of you…

Of us and it prompted me to ask, what happened between us?

Was it my fault? Was it yours?

I can no longer remember…

There was no use in pointing fingers anymore…

For it is now in the past.. And I know that we have both moved on already..

We already have separate lives…

I found this piece of paper as I was cleaning my travel bag; in that paper I scribe away my thoughts and feelings on that very hour. We were heading to samboan on a weekend get away with some colleagues and office friends. The Journey was around 3 hours long but I was all worth it. In those 3 hours I was able to write this short note…. 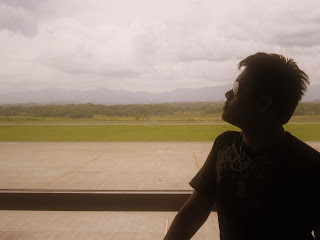 Thanks to my Dear Friend YONA for sending this Via Email. It is now a very popular read at the operations floor. You have to admit its a really painful advice beacuse it is the truth. Reality does hurt, even more if you keep denying or rationalizing such behavior..

Don't sleep around because you think you are old enough & know better.
Don't hurt your kids because loving them is harder.
Don't sell yourself, your family, or your ideals.
Don't stagnate!

Don't regress.
Don't live in the past. Time can't bring anything or anyone back.
Don't put your life on hold for possibly Mr. Right.
Don't throw your life away on absolutely Mr. Wrong because your biological clock is ticking.

Learn a new skill.
Find a new friend.
Start a new career.
Sometimes, there is no race to be won, only a price to be paid for some of life's more hasty decisions.

To terminate your loneliness, reach out to the homeless.
To feed your nurturing instincts, care for the needy.
To fulfill your parenting fantasies, get a puppy.
Don't bring another life into this world for all the wrong reasons.

To make yourself happy, pursue your passions & be the best of what you can be.
Simplify your life. Take away the clutter.
Get rid of destructive elements: abusive friends, nasty habits, and dangerous liaisons.
Don't abandon your responsibilities but don't overdose on duty.

Don't live life recklessly without thought and feeling for your family.
Be true to yourself.
Don't commit when you are not ready.
Don't keep others waiting needlessly.

Go on that trip. Don't postpone it.
Say those words. Don't let the moment pass.
Do what you have to, even at society's scorn.

Take care of yourself. Don't wait for someone to take care of you.
You light up your life.
You drive yourself to your destination.
No one completes you - except YOU.

It isn't true that life does not get easier with age.
It only gets more challenging.
Don't be afraid. Don't lose your capacity to love.
Pursue your passions.

When you give someone your time, you are giving them a portion of your life that you'll never get back.
Your time is your life. That is why the greatest gift you can give to someone is your time.
Relationships take time and effort, and the best way to spell love is T-I-M-E because the essence of love is not what we think or do or provide for others, but how much we give of ourselves.
God is good all the time 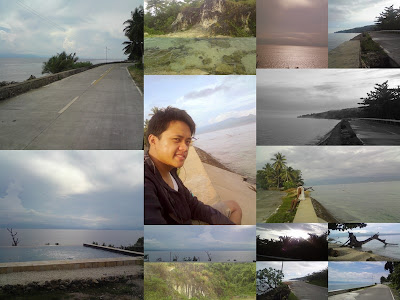 " I Went out for a walk until his feet got tired.. Suddenly found himself LOST somewhere in samboan.. but Found a piece of myself in the process" - Facebook status (Dhon) Samboan Weekend Retreat

Posted by Dhon at 2:14 AM No comments: Links to this post

To Risk or not to Risk

To Risk or not to Risk

As we were having a conversation with Markee (ibeejing) and Jenny, we came across a topic that I think everybody can relate. Going out of your comfort zone and taking a risk.

I ask them both this question…

“When you know the boat is sinking…would you jump and perhaps die surviving or stay and eventually die? Me, I choose to die trying to live” – Dhon 07.07.2009 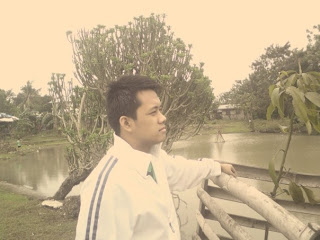 There was silence… it was a bitter-sweet realization for us. We are not getting anywhere with our love life and career life, because we were afraid. Afraid of getting hurt, afraid to fail and too stubborn to move up the ladder. 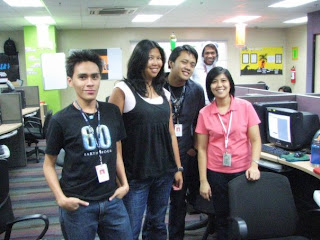 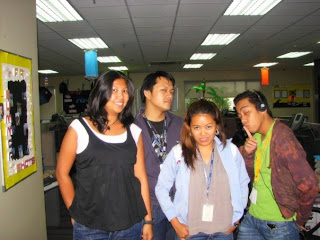 with TM Debbie and TM Clarence 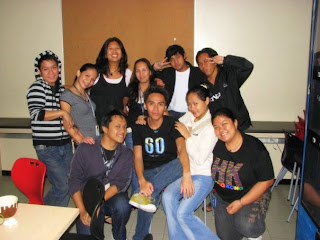 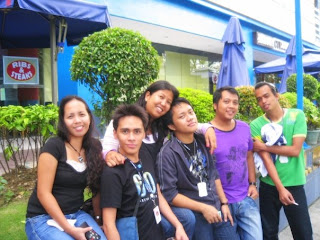 These are the people that made my work more fun, colorful and yes a bit bearable. Sure they are time when we tend to become bitchy with each other, argue and give each other the silent treatment but at the end of the day we always end up laughing and forgetting what had happened. We support each other and watch each other backs.

Let me just say that I want to say that I never regretted working for an outsourcing company, why? It’s because of these people. They made me grow not just physically (due to our binges) but emotionally and spiritually as well.

I just don’t consider them my colleagues but my WORK FAMILY.

Realizations about my Love Life

Realizations about my Love Life
It's been a long time since we all last met for a movie, lunch or even just to catch up. So i was contemplating on the very slow downloading speed of my PC. my YM was on and i got to chat with Paul. we had a lot of things to talked about.. Life, Fashion, trends and bitching about someone we know and really don't like (We all do it.. no use trying to pretend). So when the topic of love life opened up and and he ask me how is my love life... i responded like this: 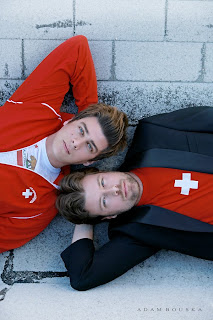 "..in love with Shaun.. in the movie shelter"

"i am falling in love with a man who does not exist except on the silver screen. i spent my entire RD watching and re-watching the same old film. i think it's just SAD... No Scratch that.. i think its just down right depressing! - Dhon 06.25.2009


The rest was history! This was one of the most liberating thing i said that day. :)
Posted by Dhon at 2:24 PM No comments: Links to this post